Cutting your cat's claws may seem like a difficult task, and a lot of people end up taking their cats to the vet just for claw clipping. But, with the right preparation and some practice, anyone can do it without significant issues. After some time, it might even end up being something both you and your cat can – if not enjoy – at least tolerate.

The ideal scenario would be to getting your cat used to it when it's a kitten, but if you've already missed that train and your beloved feline is already a grown up, the same preparation procedure should still apply.

Most cats don't like it when you touch their claws, and they will typically try to pull them away. Start with just petting your cat's paw whenever you have the opportunity, without doing anything else. Keep on going like this for a few weeks or until your cat gets used to it.

Once your cat gets used to her legs being petted, start by gently holding it in your hand when you have the opportunity. Whenever you do this, reward your cat with a treat that you'll only use for the claw cutting purposes, so that she'll start making positive associations.

Now, you can move on to gently massaging her paws whenever there's the chance. Only do this when your cat is already in a relaxed state, and keep on giving her treats afterward, just like before.

After a few weeks of preparation, you should be good to go.

When it comes to the actual trimming, it's all about choosing a good time for the event.
Pick a time when your cat is relaxed and ideally already resting.
Start with your normal petting-holding-massaging routine to get your cat even more relaxed for what's about to happen.
It's also important to remember that you only should cut the tip: the sharp bit of the claw.
Anything below here will hurt your cat, as that's where the blood vessels are located.

When you're good to go, start with placing your cat in your lap, sitting with its head turned away from you so that you can get a good hold of the cat's paws.
Gently squeeze at the paw so that the claw comes out, and try to locate where the tip ends.
As mentioned, just cut the tip. In the beginning, it might be hard for both of you; your cat might protest in several ways despite all your preparation – if you can only cut one or two claws at a time, that's still better than nothing!
Be prepared that your cat could have different reactions, such as trying to scratch you, but try to be patient and keep calm. Even if you only manage a few claws at a time, make sure to still give your cat a lot of appreciation and treats afterward.
This is by no means natural for a cat and takes a lot of attempts before they get used to it; however, once you have both had a bit of practice, it should start becoming a routine that will be straightforward for both of you. 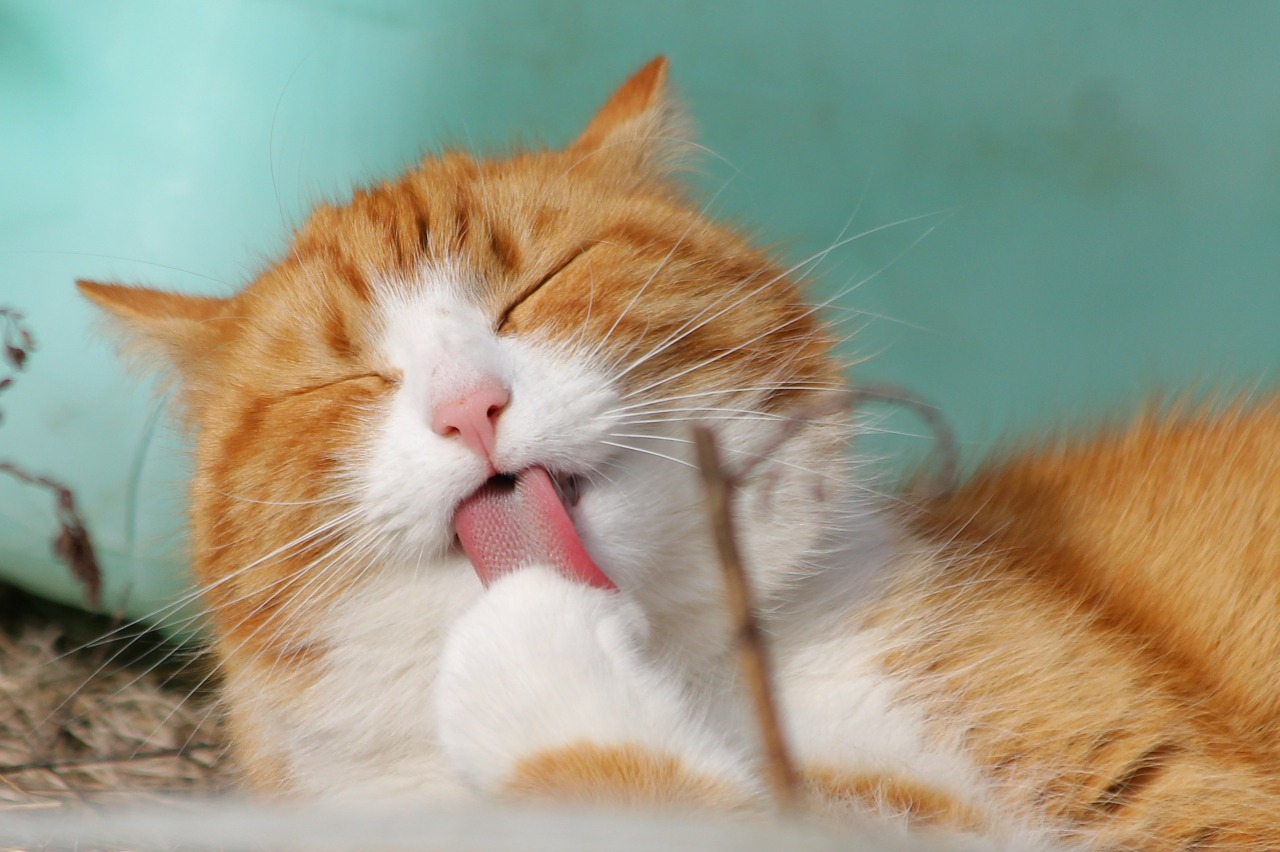